At certain points during the trip, I luck out because stops are clustered together in a way that allows me to visit a ton of shops in a short period of time. The area around the Tampa Bay region was like this – in addition to the Tampa Book Arts Studio and the University of Tampa, I was able to visit the Letterpress and Book Arts Center at Ringling College of Art and Design and The Southern Letterpress (both run dutifully by the imperturbable Bridget Elmer). LBAC at Ringling was fantastic for a number of reasons – but the one that stands out the most was a surprise: it houses the majority of the collection of the late Harold (Hal) E. Sterne (1929-2010). Now, I’m sure you’re saying – who the hell is Hal Sterne. Hal was a lifelong printer that was prescient enough to preserve letterpress printing for future generations, even through the dark times of the 60s, 70s, 80s, & early 90s, when things looked bleak for relief printing in general. In 1978 he published the Catalogue of 19th Century Printing Presses and the Catalogue of 19th Century Binding Equipment – but not all of the preservation work was dedicated to scholarship – Hal also did his utmost to preserve the equipment as well. In 1992, Hal and friend Tom Bell formed N.A. Graphics with the purchase of ATF (the largest American type foundry), Cowen Pressroom Products, and in 1993, Vandersons – the successors to Vandercook. N.A. Graphics was subsequently sold to Fritz Klinke who still currently runs the operation many of us know and love. LBAC @ Ringling houses Hal’s Vandercook SP15, C & P, over 500 cases of foundry type, and hundreds of cuts and blocks. In addition to Hal’s collection, LBAC boasts two other Vandercook proofing presses: A Universal 3 AB and another SP15. It was an honor to use Hal’s type – I selected 30pt Lilith – and his press, the SP15. As if that wasn’t enough, at the Meet and Greet event Bridget hosted, I was able to chat with and thank his wife Judi.

When I first began reading about itinerant and tramp printing, I was struck by the sometimes biblical lineage that travelers would attribute to presses, equipment, buildings, newspapers, magazines – really, everything related to printing. They would go to great lengths to dictate where things came from, where they went, who used them, etc. I didn’t understand at first. I knew why lineage and provenance might be important – but it’s a whole other thing to experience it. When working in these shops and using this equipment, I’ve come to recognize that something of the spirit of a person gets inside the machines, insinuates itself into the objects, in a way that’s very visceral. It means something that my hands are touching the same things someone else’s hands touched; it means something that we remember who they were when we do that work.

Enough of the heavy stuff – I have to say Bridget was the perfect host and let me have free reign of the space – but I was only there for a day before it was time to move on The Southern Letterpress in St. Petersburg, FL. So – more on her when we get there. 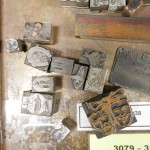 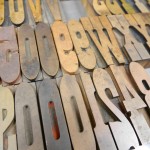 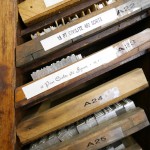 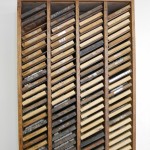 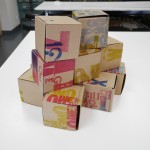 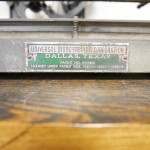 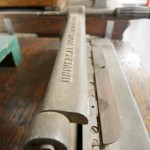 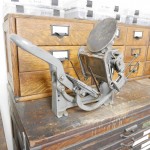 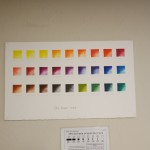 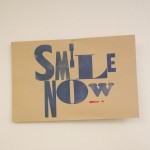 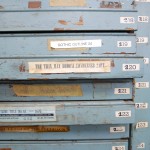 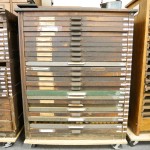 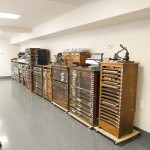 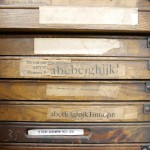 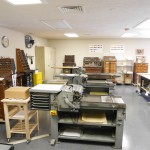 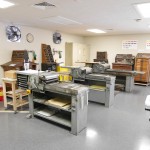 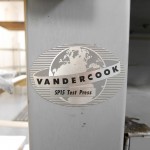 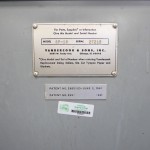 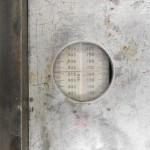 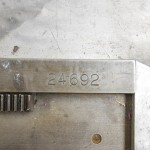 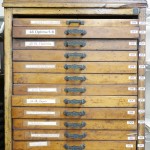 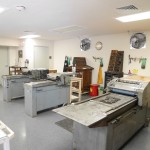 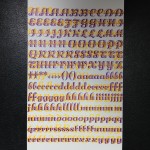 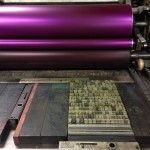 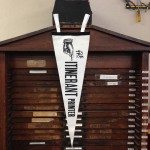